Gatting's food habits came for much ridicule from the two legends.

When two of the greatest cricketers produced by the subcontinent come together in another part of the world, one expects them to exchange notes about the vagaries of the conditions and how they had conquered the foreign land to ply their trades in alien territory.

However, Wasim Akram and Kapil Dev, enjoying a leisurely evening drink in the lounge of the Hilton Nottingham, seemed more keen to discuss Mike Gatting and his serious forays into the world of pot calling the kettle black.

Akram was visibly incensed. “The moment Gatts saw me he said, ‘You’ve put on a few pounds.’ I said, ‘Gatts! You’re a fine one to say’”

Kapil almost choked on the finger food. Amidst paroxysms of laughter he recounted the many transgressions of Gatting in the world of gastronomy.

“At Taj Coromandel Gatts had piled up prawns on his plate – like toast. When he complained about his stomach the hotel management said that the problem was not the prawns, it was the number.”

The two master pace bowlers proved to be well aware of all kinds of weaknesses in the opposition batsmen. 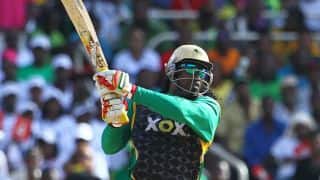 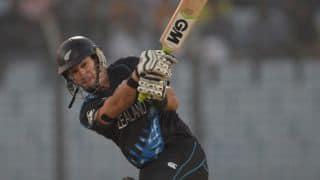