Matt Prior's fitness will be closely monitored with Jos Butler as back-up.

England captain Alastair Cook was ’99 percent sure’ Matt Prior will be fit to face India in the first Test at Trent Bridge on Wednesday after the wicketkeeper’s injury scare. Prior suffered a thigh injury while training on Monday but, with England having called up One Day International (ODI) Jos Buttler — uncapped at Test level — he took part in training at Nottinghamshire’s Trent Bridge on Tuesday, Jul 8, 2014.

“We’re 99 per cent sure that he’ll be fine but we’ll have a little check in the morning just to make sure,” Cook told reporters after practice. “But all things at the moment are looking good.” Earlier, the England and Wales Cricket Board [ECB] said on Twitter: “Jos Buttler called into the England squad as cover for Matt Prior, who experienced some mild tightness in his right thigh yesterday [Monday]. “… will continue to be assessed during training before a decision is made about his fitness for the first Investec Test.”

Prior had been struggling with Achilles problems ahead of the recent two-Test series at home against Sri Lanka, which England lost 0-1. Before that series there had been calls for Lancashire gloveman Buttler, nine years younger than Prior, to be given a Test debut after he’d impressed for England during the preceding ODIs against Sri Lanka which included his 121 off 74 balls at Lord’s.

But both Buttler himself and the England management said he needed to become more consistent with both bat and gloves in first-class cricket before he got a Test chance. So far this season in the first-class County Championship, Buttler has scored 491 runs at 40.91 with one hundred and four fifties. Prior was recalled to the Test side for the Sri Lanka series after being dropped following the third Test against Australia in Perth. 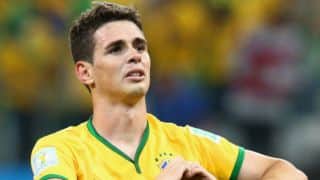 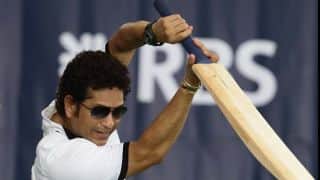 Sachin Tendulkar walks out to bat in Lord's bicentenary match