England assistant coach Paul Farbrace has said that his side will be turning up on day five with the intention to win this second Test versus India at Lord’s.

At stumps on day four, the hosts were struggling at 105 for four in a chase of 319 runs for victory.

“You’ve got to turn up expecting your batsmen to score the runs,” said Farbrace.

“We’ve got somebody at the crease who batted all day at Headingley two Test matches ago, and got a hundred, against all the odds.”

“There were a lot of people that day not expecting us to still be at the crease at seven o’clock, and fighting for our lives. Unfortunately, the penultimate ball finished the game.

But it was a magnificent fight. But it’s up to us to show the fight tomorrow that we showed at Headingley,” he added.

Murali Vijay scored 95 runs and then Ravindra Jadeja scored his maiden Test fifty and added 99 runs with Bhuvneshwar Kumar in a whirlwind partnership that nearly knocked out England. He returned to take the wicket of Sam Robson as well and will play an important role on day five.

“There is no question today that Jadeja’s innings has given them a big advantage. But we’ve got two people at the crease who enjoy a scrap. They bat well together. Today Moeen was talking about playing Jadeja off the rough and if they can give us a good partnership in the morning, we’ve got people who can come in and strike the ball cleanly,” said Farbrace.

We’re desperate to win this Test match, and we do have an opportunity tomorrow. It is definitely going to be tough because we are slightly up against it,” he added.

The form of their top-order batsmen becomes even more of a concern now with Alastair Cook falling for 22 and Ian Bell out cheaply for 1.

“Cook is feeling that a score is close, and you saw today that he fought and scrapped and worked as hard as he possibly could. There is absolutely no question that he is our leader,” Farbrace said. 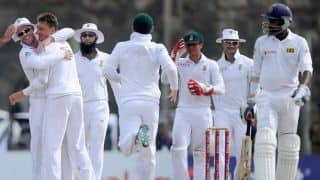 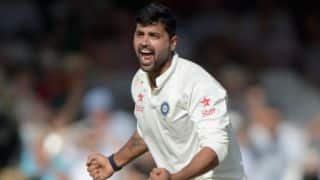 India tour of England 2014: I will take disappointment of missing century if we win 2nd Test, says Murali Vijay