Rahul Dravid feels that it is a courageous move to pick five bowlers.

“It is a very courageous move, a very positive move in my opinion,” Dravid told reporters at the Laureus Academy function.

“In the past, India have been a bit scared to play with five bowlers especially overseas. But I thought MS Dhoni and Duncan Fletcher were pretty brave to play five bowlers,” he added. Dravid compared Stuart Binny‘s role with that of Sanjay Bangar’s during the Leeds Test back in 2002 while stating that Irfan Pathan also did perform that role for a brief period during Dravid’s captaincy.

But every captain wants to play five bowlers. So if you can play five bowlers, you should. Unfortunately, in the past we couldn’t do it a lot, just that the personnel weren’t available to us. It is a lot easier if you have someone like Kapil Dev in your side,” Dravid added. Dravid played the role of mentor for the Indian team ahead of the first Test and gave valuable tips to his new wards. He didn’t commit on a permanent coaching role though.

“In my work with Rajathan Royals, I have often interacted with many of these young players. But it was fine spending time with them as mentor and even training with them. I just enjoyed my week with the Indian team. They are a great bunch of boys, very keen to learn, and at very early stages in their careers. They will get better the more they get to play,” he said. 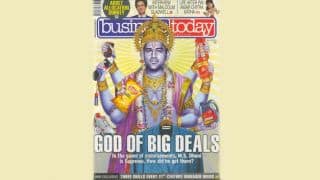