The much-awaited India’s tour of South Africa commences with the first One–Day International (ODI) at the Wanderers, Johannesburg on Thursday. An inspired Indian side under the leadership of Mahendra Singh Dhoni will take on AB de Villiers’s South Africans.

The much-awaited India’s tour of South Africa commences with the first One–Day International (ODI) at the Wanderers, Johannesburg on Thursday. An inspired Indian side under the leadership of Mahendra Singh Dhoni will take on AB de Villiers’s South Africans. While India are coming off a series win over the West Indies, South Africa were stunned on home soil by Pakistan.

India have a settled unit and may not make any change to their line-up. Shikhar Dhawan and Rohit Sharma have firmly established themselves at the top. Virat Kohli, Yuvraj Singh and Suresh Raina form the middle-order with skipper Dhoni to follow. Yuvraj batted at No 4 during the last game against the West Indies and got a much-needed fifty. In all likelihood, they would persist with him at that spot.

At No 7, Ravindra Jadeja would continue in the capacity of the all-rounder. Given his performance in slightly alien conditions during the ICC Champions Trophy in England this year, the team management would continue to back him for this tour. Ravichandran Ashwin will be the spinner and has the task of maintaining the pressure on the opposition in the middle overs. Of course, Jadeja too would contribute in that regard.

Mohammed Shami and Bhuvneshwar Kumar are the two fast-bowlers who have established themselves in the line-up. However, there may be some concerns over the third seamer’s role. Perhaps Umesh Yadav would come in place of Mohit Sharma due to the pace factor.

South Africa, on the other hand, will aim to bounce back after a disappointing series against Pakistan. The news is that Jacques Kallis and Dale Steyn are fit raring to go for this encounter, which is a huge boost for them as Steyn is the key to their fortunes and can turn the game anytime. As far as Kallis is concerned, there is a lot of talk about his future whether or not he would play the 2015 World Cup. The home side would be bolstered by his presence as he would also bowl.

At the top, they have Hashim Amla and Graeme Smith, the experienced campaigners. JP Duminy and de Villiers are the other key batsmen in the line-up. In the spin-bowling department, South Africa would be pinning their hopes on Aaron Phangiso, who has shown that he can control the run-flow. Steyn, Morne Morkel and perhaps a Vernon Philander would form a formidable bowling attack.

The last time these two sides met was during the ICC Champions Trophy 2013. India won the game comprehensively then but South Africa did not have their established stars at service then. This is a different challenge all-together for India and although they are facing South Africa in their own den, they would certainly be up for the challenge. 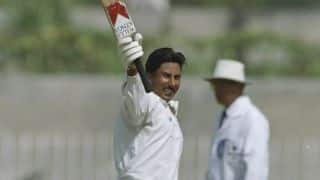