India tour of South Africa 2013: India look to close the gap with No 1 Test side

India tour of South Africa 2013: India look to close the gap with No 1 Test side

India start their series against South Africa looking to close the gap.

India will start their two-Test series against South Africa in Johannesburg on Wednesday with an aim to close the gap with the number one ranked side in the world on the International Cricket Council (ICC) Test Team rankings table.

South Africa enter the series as the clear leaders with 131 ratings points, while India are in the second position at 119 points.

Whatever be the outcome of the series, both South Africa and India will retain their pre-series ranking.

If India manage to win both the Tests, they will gain five ratings points to move up to 124, while Graeme Smith’s side will drop down to 125 ratings points, thereby reducing the gap between the two teams to just one ratings point.

For India, Cheteshwar Pujara, the winner of the ICC Emerging Cricketer of the Year Award for 2013, is the highest-ranked batsman on sixth position.

While Virat Kohli in 20th spot is the only other Indian batsman inside the top 20.

In the bowlers’ list, India’s spin pair of Ravichandran Ashwin and Pragyan Ojha are in fifth and ninth positions, respectively.

In the all-rounders’ table, Ashwin is at the top with 419 rating points. 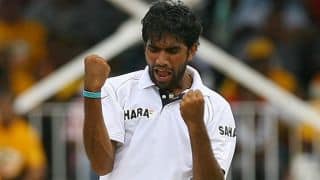 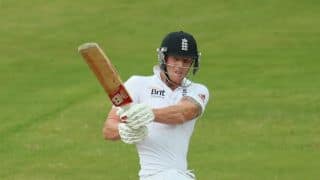