The former Sri Lanka opener is in New Delhi for the launch of the STAIRS School Football League.

New Delhi: With Ravichandran Ashwin and Amit Mishra tormenting Sri Lankan team in the first two Tests, former captain Sanath Jayasuriya feels that the newer crop of batsmen emerging from the island nation have not done proper assessment of their ability to handle quality spinners. Asked if there is some kind of technical deficiency in current Asian batsmen, who were considered to be good players of spin bowling, the dashing left-hander said, “I think Sri Lankan batsmen are struggling more against spin. We think we are good at spin but we are not. Also it’s because both the sides have quality spinners. If India have Ravichandran Ashwin, Amit Mishra and Harbhajan Singh, then Sri Lanka also have Rangana Herath and Tharindu Kaushal. Herath you see has been key to Lanka’s success in the recent series so far,” Jayasuriya was speaking to mediapersons on the sidelines of the start of season 2 of the STAIRS School Football League at the Thyagraj Sports Complex.

Jayauriya specially mentioned Ashwin’s name, who has now taken 17 wickets from two Tests with two five-wicket hauls. “Ravichandran Ashwin really bowled well. That he is developing into a good bowler, it’s the record that speaks for him. He knows his strengths and bowls to his field and is more consistent. He also bowled in the right areas. So obviously he is improving,” Jayasuriya said. READ: Chaminda Vaas: India’s rebuilding process is on right track under Virat Kohli

Trailing the three-match series 0-1, India came from behind to humble the hosts by 278 runs in the series-leveling win and also deny Kumar Sangakkara a fairytale ending in his swansong. Jayasuriya credited India’s batting for the turnaround.

“Sri Lanka won the first Test and India did well to comeback and level the series. India have displayed a very good batting performance. Also they bowled well to get Sri Lanka out to about 300 runs. They fought back well to play well in the second innings. Virat and company batted well to outwit the bowlers, especially Ajinkya Rahane, who got a hundred in the second innings,” said Jayasuriya, whose highest Test score of 340 was against India.

Jayasuriya also observed that the 22-yard strips at Galle and P Sara Oval have exactly not been belters as scoring wasn’t very easy. “It has been a hard-fought series. Even though the grounds have not been too big and the wickets aren’t big scoring ones. But still the batsmen have done well on these tracks. Both teams have been fighting hard to get runs on board and that is commendable,” he said. READ: Sunil Gavaskar: Sri Lanka’s capitulation in 2nd Test was a big surprise

The 46-year-old former all-rounder also lauded Virat Kohli for his leadership qualities in his initial days as Test skipper. “He (Virat Kohli) is doing well. Remember, he has just started out. He needs to spend a little bit more time with the players. He will learn every day. But given by what have seen till now, he has good leadership skills, he said.

Jayasuriya though didn’t read too much into the five-bowler theory and termed it as just a conditional strategy. “Well, five-bowler theory and all depends on the kind of wicket you are playing on. It also depends on what a captain wants and he (Virat) is playing according to the situation. So if he wants to play five bowlers, he will back them and it’s also tells about a captain’s confidence in his players,” he said. READ: Virat Kohli: Ravichandran Ashwin has been a champion bowler for India

“You got to have experienced players to help you out like the coach and the management. So sometimes you go in five, sometimes with four bowlers. There are lot of permutations and combinations you can go in with but only when you settle down as a player. Risk-taking factor increases with the maturity level of a player,” he added.

Talking about his former teammate, Sangakkara, Jayasuriya said that legends like him are irreplaceable. “You can’t replace people like Kumar Sangakkara, Tillekaratne Dilshan and Mahela Jayawardene and it takes time to play cricket sans the great players who have retired. But when people retire, we have got to keep faith on youngsters like at present we have Lahiru Thirimanne, Dinesh Chandimal.

You have got to keep patience with them and they will deliver. “So be patient and keep going forward. We will have to work hard and players like Angleo Mathews, Chandimal and Thirimanne need to take more responsibility, that’s what cricket is all about,” he stated.

With the series evenly poised, Jayasuriya predicted a sporting track for the third Test at SSC. “It’s a tough series to call. Very difficult to predict the outcome of the third Test match but rest assured that both the sides will play quality cricket and give it their all. SSC has a very good pitch.

“It has a bit more bounce and spins later on. But I haven’t seen the wicket of late. We always prepare a sporting wicket, so expect a good Test match,” he said. 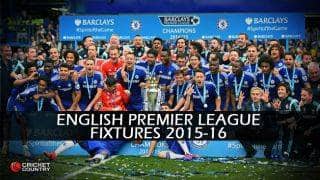