Only 22 overs were bowled before lunch on the first day of the match at the Queen's Park Oval in Trinidad.

Officials remained tight-lipped on Sunday even as condemnation rained down on administrators deemed responsible for the fiasco of a waterlogged outfield that has ruined the fourth and final Test between the West Indies and India. Only 22 overs were bowled before lunch on the first day of the match at the Queen’s Park Oval in Trinidad, with the West Indies reaching 62 for two after choosing to bat first. Not a single ball has been bowled since due almost entirely to areas of the field being completely saturated from the heavy rains of Thursday afternoon which initially interrupted play.

Umpires Nigel Llong and Rod Tucker, following a brief inspection of the ground and in consultation with West Indies and India team officials, abandoned play for the third consecutive day on Sunday less than an hour after the scheduled start. The decision was taken as it became clear that the conditions would not have improved, even with the continuous sunshine that had prevailed over the previous two days.

Even if there is the chance of play on the scheduled final day on Monday — and this remains a remote possibility – the match is already doomed to a draw which would give India the series 2-0 but also means they will lose their number one Test ranking to Pakistan.

India needed to win the series 3-0 to stay at number one as Pakistan’s 2-2 series draw in England meant they had earned enough points from that campaign to displace their arch-rivals from the top position.

“We have been having rain constantly for the past few weeks so any additional rain would not have helped the situation,” he explained to local media on Saturday. “With the downpour on Thursday the rain would have come off the covers and concentrated in certain areas around the square which have become over-saturated.”

However Crafton, a native of St Lucia, was proven to be overly optimistic when he suggested that a full day’s play would have been possible on Sunday. “As long as we don’t get too much rain, we should be able to have a prompt start,” was his confident prediction.

There was no rain at all overnight and the sun shone brightly through the morning, yet again no play was possible despite the best efforts of the groundstaff. It remains to be seen what the consequences of this ground management fiasco will be but the situation represents yet another embarrassment to the WICB, which escaped from two similarly shambolic situations previously without sanction from the International Cricket Council.

In 1998, the first Test of the series against England at Sabina Park in Kingston, Jamaica was abandoned after less than an hour’s play when the umpires determined that the pitch conditions were too dangerous for batsmen against fast bowling. In 2009, the scheduled second Test of the series, also against England, lasted less than two overs at the Sir Vivian Richards Stadium in Antigua due to a sandy outfield that made the free movement of fielders and especially the bowlers almost impossible.

No senior international match had ever been staged previously in July or August at the Queen’s Park Oval. At one time, the Trinidad and Tobago Cricket Board refused invitations to host matches after the month of May precisely because of concerns with the weather from the month of the June, the official start of the rainy season.

However that position was overturned subsequently as the establishment of the Indian Premier League in the months of April and May, along with other high-profile international scheduling, left Caribbean authorities with no choice but to schedule international fixtures in the rainy season over the past decade. 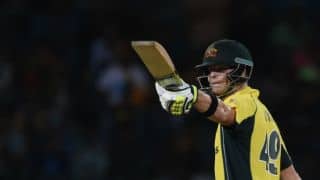 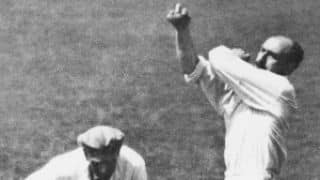 When Percy Fender took 6 for 1 from 11 balls