Former fast-bowler Geoff Lawson believes Australia will find it tough to perform well in Indian conditions if they don't learn to play and bowl spin well. 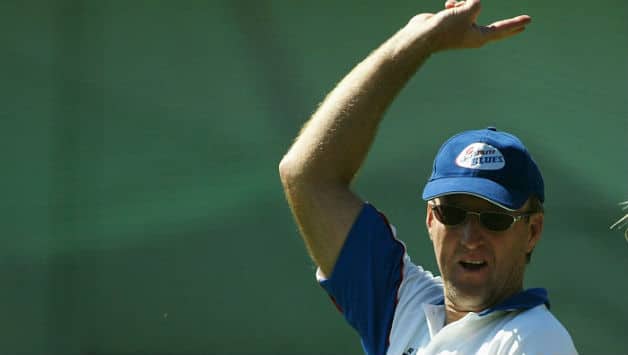 India will be hungrier than ever to beat Australia, believes Geoff Lawson © Getty Images

Former fast-bowler Geoff Lawson believes Australia will find it tough to perform well in Indian conditions if they don’t learn to play and bowl spin well.

“If you cannot play spin or bowl spin to the highest level then the Indian examination can be excruciating. The test is one of discipline, technique and mental strength,” Lawson wrote in Sydney Morning Herald.

Lawson said Australia should begin their preparation for the series against India as soon as possible.

“The Indian tour is incredibly important and preparation should be starting right now in the one-dayers,” the Australian said.

Although India has had a miserable run lately in all forms of the game, the former Pakistan coach believes the hosts will be tough oppositions.

“The Indians don’t care about the Ashes. Beating Australia, especially after the England loss, will be paramount. They will be serious opponents,” Lawson concluded.