Team India is defending champions and has won the tournament thrice.

The All-India Junior Selection Committee has picked the India U-19 team for the fourth edition of the Under-19 Asia Cup to be played in Malaysia from November 9-20. Team India is defending champions and has won the tournament thrice.

The selectors were of the opinion that 17-year-old Prithvi Shaw, who recently scored a century (154) in the Paytm Duleep Trophy final, should play in the ongoing Paytm Ranji Trophy.

The India U-19 team is as follows: 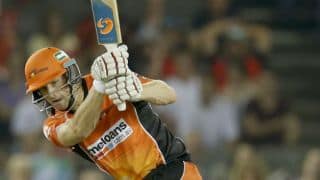