India will be eyeing for a perfect start to their two-month long Australia tour with the first T20 International contest between the two sides scheduled for Wednesday.

India will be eyeing for a perfect start to their two-month long Australia tour with the first T20 International contest between the two sides coming up at the Gabba in Brisbane from Wednesday.

India will enter the series after hammering the West Indies 3-0 at home while the hosts most recently suffered a 21-run loss at the hands of South Africa in a curtailed encounter, to succumb to their sixth loss in eight games. Australia were also whitewashed 0-3 in the UAE by top-ranked Pakistan.

The Virat Kohli-led Indian side arrived Down Under sitting second on the ICC’s Twenty20 rankings, one ahead of Australia.

India also hold the psychological advantage of winning all the seven T20I series played since November 2017, and their last defeat in the shortest format came against the West Indies last year.

The last time India played a T20I series in Australia in January 2016, it was a Mahendra Singh Dhoni-led India that blanked the hosts 3-0.

Going into the series opener on Wednesday, India will look to keep their momentum against the Australians who are still trying to find a key match-winner given the bans on former skipper Steve Smith and opener David Warner.

India have announced their 12-man shortlist ahead of the opening encounter, with Manish Pandey, Washington Sundar, Shreyas Iyer and Umesh Yadav being the exclusions.

The batting department looks settled after Shikhar Dhawan bounced back to form in the recently-concluded series against the Windies, while Rohit Sharma has also been amongst runs.

Skipper Virat Kohli, who was rested for the series against the Caribbean side is back to lead the team. With his consistency at the top of the order, the Delhi right-hander has been a thorn to most opposition side in the recent years.

The middle-order comprising KL Rahul, Dinesh Karthik, Kedar Jadhav along with stumper Rishabh Pant have also performed decently and are expected to shoulder the responsibility in case the top three fails.

On the other hand, Australia’s batting fortunes will revolve around the trio of skipper Aaron Finch, Glenn Maxwell and D’Arcy Short, who have all scored more than 400 runs in T20Is this year.

But the Kangaroos will hope for a better show from the others if they are to fancy any chances against a strong Indian bowling.

It will also be interesting to see if Australia would once again be tempted to opt for a three-pronged pace attack, considering their loss with the same combination against the Proteas in the recent one-off tie.

In such a scenario, Andrew Tye and Billy Stanlake will be the first choice pacers, with all-rounder Marcus Stoinis while Adam Zampa and Ashton Agar comprise the spin attack. 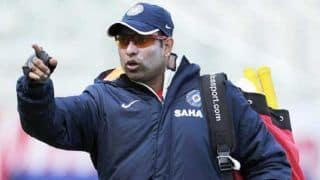