Shikhar Dhawan was batting beautifully before being bowled by Ryan Harris.

Shikhar Dhawan was batting beautifully before being bowled by Ryan Harris on Day Three of the first Test between India and Australia at Adelaide Oval. Dhawan was looking good against Mitchell Johnson, scoring three boundaries off one of his overs before Harris broke through.

Australia declared overnight on a score of 517 for seven. With just over 30 overs bowled on the second day, Australia continued to massacre the Indian bowlers, piling up a massive 517 for seven. Big centuries from Steven Smith, David Warner, and Michael Clarke boosted Australia. 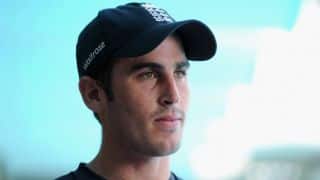 ICC World Cup 2015: Craig Kieswetter to miss out on mega-event due to eye injury 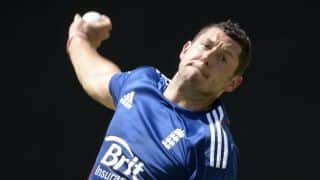