Australia lost half their side by the time the teams took tea on Day Four of the first Test. Australia are 128 for five and still trail India by 64 runs. 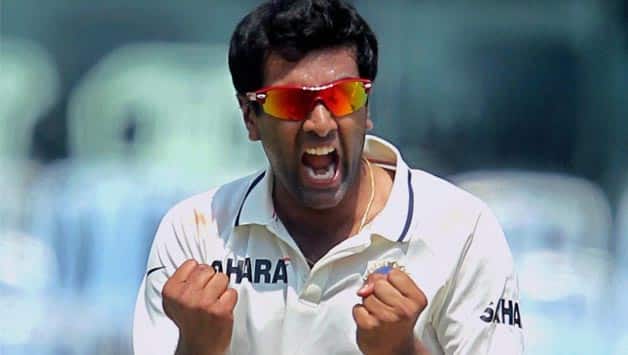 Australia lost half their side by the time the teams took tea on Day Four of the first Test. Australia are 128 for five and still trail India by 64 runs.

Ed Cowan (32) briefly led Australia’s fightback, against India’s spin trio of Ravichandran Ashwin, Harbhajan Singh and Ravindra Jadeja, after Shane Watson’s dismissal before lunch. The trio were getting some vicious nip off the surface, making life difficult for the Australian batsmen.

Soon enough, the visitors lost a flurry of wickets to the spitting cobra pitch at the MA Chidambaram stadium. First to go, Ashwin trapped Cowan in front to a ball that stayed low. Cowan had done the initial hard work of thwarting India’s spin attack and looked disappointed as he walked back.

Phil Hughes joined Warner in the middle, but didn’t trouble the scorers. This time, the ball from Jadeja took a nasty bounce and pounced on Hughes as he tried to avoid it. Unfortunately, it took the top edge and looped up to Virender Sehwag at first slip.

Skipper Michael Clarke then launched a counter-attack of his own even as Singh scalped David Warner (23) after a 36-run partnership. Clarke struck four boundaries and a six in his 31 not out and was joined by Wade in the middle, as India wrested control. MS Dhoni, to his credit, maintained an attacking field even with Clarke going for his shots.

Harbhajan Singh soon bowled Wade (8) as the wicketkeeper-batsman looked to sweep the off-spinner from around the wicket. Half the Australian side was now back in the pavilion and Clarke was running out of partners at the drop of a hat.

Australia have perhaps been undone by too much aggression as none of the batsmen, save Clarke, could counter the devious spin off the wicket.

In the first session, Dhoni started the day like he ended the previous one, on an aggressive note. On just the second ball of the day, Dhoni reverse-swept Nathan Lyon for four and stated his intent. In Lyon’s next over, Dhoni smacked him over long-on for a huge six.

Australia finally got rid of Dhoni (224 off 263 balls) about half-an-hour into the session after he tried to pull James Pattinson, but found the edge which carried to ‘keeper Matthew Wade. A marathon knock came to an end as the Chennai crowd rose to applaud their hero. Meanwhile, not many at the MA Chidambaram Stadium realised that Pattinson had taken five wickets.

Australia finally managed to bowl out the hosts for 572 as Peter Siddle got his first wicket of the innings. Bhuvneshwar, after a fine innings of 38 on debut, eventually holed out to Michael Clarke at mid-on as he went for the shots.

With just under an hour to bat till lunch, Australia opened their second innings, trailing by 192 runs, with Ed Cowan and Shane Watson, who replaced David Warner at the top. The move was probably a ploy to use a left-right combination to counter the rough areas.

India expectedly bombarded the two Australian openers with spin from both ends right from the start. Ravichandran Ashwin and Harbhajan Singh got a tremendous amount of turn and bounce from the snake-pit of a pitch on the fourth day.