Australia reached 82 for two at the end of 17 overs against India in the third One-Day International (ODI) at the Punjab Cricket Association (PCA) Stadium in Mohali on Saturday. 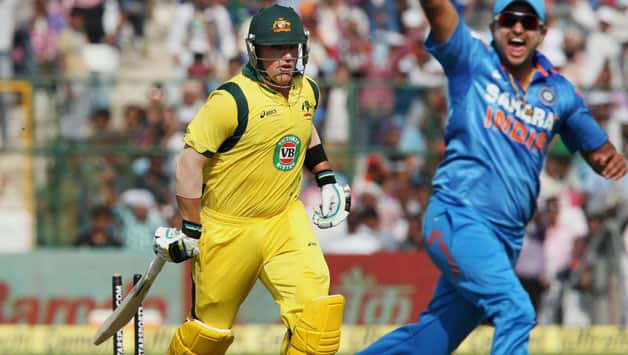 Australia reached 82 for two at the end of 17 overs against India in the third One-Day International (ODI) at the Punjab Cricket Association (PCA) Stadium in Mohali on Saturday.

Indian bowlers have come back well after the hammering they received in the first 10 overs. Aaron Finch was dismissed for 38 as he tried to play across the line to Ishant Sharma, but missed the line and was trapped leg-before.