India reached 76 for four in 13 overs against Australia in the third One-Day International (ODI) at the Punjab Cricket Association (PCA) Stadium in Mohali on Saturday.

Australia won by 4 wkts
Man of the Match: James Faulkner 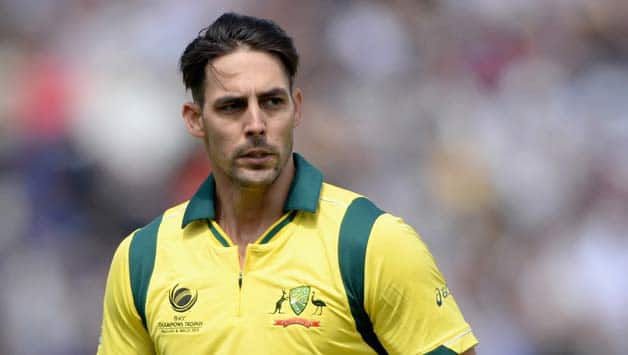 India reached 76 for four in 13 overs against Australia in the third One-Day International (ODI) at the Punjab Cricket Association (PCA) Stadium in Mohali on Saturday.

Mitchell Johnson‘s twin strike in two consecutive deliveries left India reeling after they were 60 for two at the end of Powerplay.

The Indian innings got off to a quiet start, with the two runs coming off wide deliveries. The first run off the bat came off the eighth delivery as Dhawan played an exquisite cover drive for a boundary. However, Clint McKay returned to beat Dhawan’s bat with an away-going delivery outside off. Dhawan came back to flick a delivery off his legs for another boundary. Nonethless, McKay eventually won the battle as he squared Dhawan with an off-cutter t find an edge which is bsafely pouched by the wicketkeeper.