India fought back with three quick wickets to peg back the Australian juggernaut in the fourth ODI at Ranchi on Wednesday. 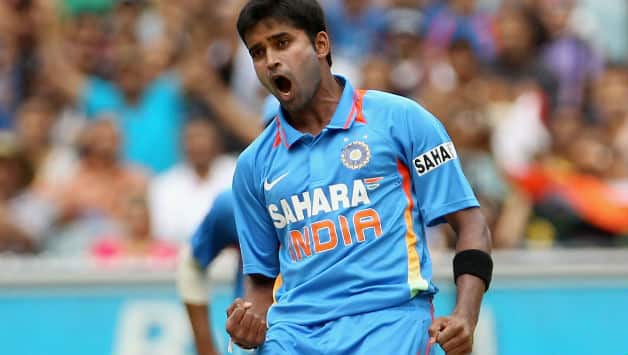 India fought back with three quick wickets to peg back the Australian juggernaut in the fourth ODI at Ranchi on Wednesday.

While George Bailey missed out on a well-deserved century as he fell for 98, Maxwell too missed out on the feat as he was dismissed for 92.

Brad Haddin failed to make a mark, getting cleaned up by Racindra Jadeja for three.

Bailey clobbered seven boundaries and three sixes to score 98 off 94 balls. At the other end, Glenn Maxwell was unbeaten at 81 off 68 balls.

The fifth-wicket stand between Bailey and Maxwell was of 153 runs.