Australia off-spinner Nathan Lyon was in full flow here Saturday, clinching his third five-wicket haul against India on the second day of the fourth Test at the Ferozeshah Kotla. 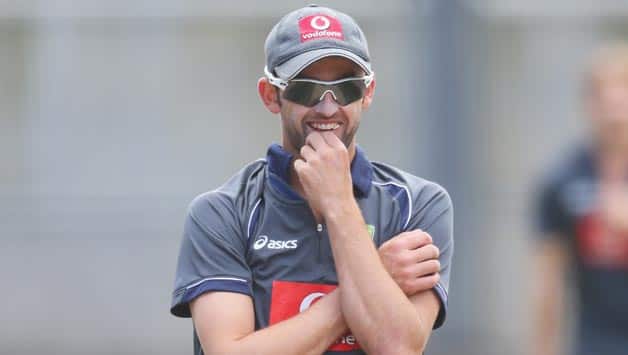 Australia off-spinner Nathan Lyon was in full flow here Saturday, clinching his third five-wicket haul against India on the second day of the fourth Test at the Ferozeshah Kotla.

Among his fifer was also the prized wicket of batting great Sachin Tendulkar. On being asked which was the most cherished wicket for him, Lyon said that all were equally important.

“All of them. Every wicket is important and I can’t hold one above the other. It was important to take those wickets whether it was Sachin Tendulkar or Virat Kohli. I am quite happy with each wicket and I was enjoying myself out there,” said Lyon, who ended the day’s play with figures of 5 for 94.

This was also perhaps the first time in the series that the visitors put India under pressure and whether that had anything to do with stand-in skipper Shane Watson.

“Look Shane is a great player and great leader and everyone respects him a lot but I do not think that made any difference. I do not think change in captaincy had anything to do with our performance today. We played aggressive cricket which worked for us and perhaps we could have played in the same manner in the first three Tests,” said the 25-year-old.

“Michael Clarke is still the best captain I have played under and it is unfortunate he is not playing in this match. However, I spoke to Shane about getting into the contest and it worked. We had some good ideas which worked eventually. We were attacking and it was good to put India under pressure.”

Shikhar Dhawan flies to Australia to be with family