Australian opener David Warner Friday joined an elite list of illustrious batsmen of the famed ‘Invincibles’ team during his knock of 145 runs on the opening day of the first Test against India at the Adelaide Oval here. The left-hander hit his tenth Test century in his 33rd Test on his way to an aggressive knock leading his team to a comfortable 354 for six wickets at stumps on day one.

The only other Australians who have notched 10 or more centuries after 33 Tests were members of Donald Bradman’s 1948 ‘Invincibles’ Australian team: Don Bradman (18 hundreds), Neil Harvey (12) and Arthur Morris (10). 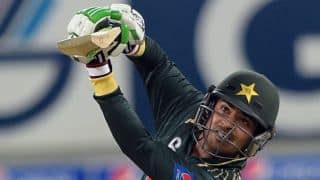