Ajinkya Rahane put up a good stand with Virat Kohli.

Ajinkya Rahane has been dismissed leg-before by Nathan Lyon for a score of 147 on Day Three of the third Test against Australia in Melbourne. Rahane was hit on his back-leg as he tried to sweep, but replays suggest that it could have gone down the off-side. However, it has been a great innings.

Rahane walked in with the score on 147 for three and has left at a healthy 409 for four. It was an innings of great pedigree and came off only 171 balls. He was authoritative in his strokeplay and was dominant through the day. Mitchell Johnson in particular bore the brunt of his strokeplay. 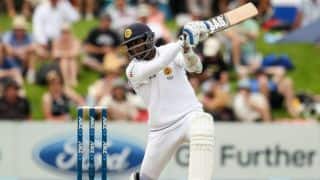 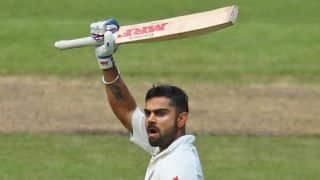