Ajinkya Rahane has moved to a quick start on Day Three.

Ajinkya Rahane and Virat Kohli have counterattacked the Australians after the fall of Murali Vijay on Day Three of the third Test in Melbourne. India had lost Cheteshwar Pujara early and later Murali Vijay. However, this duo has batted very well to help India make a small recovery of sorts. India are 185 for three.

Rahane started off very well. He was lucky a touch when he began as he edged one through slips off Nathan Lyon and it went for a four. Meanwhile, Kohli has continued to play good shots. Another shot that stood out was a pull off the fast bowler for a four. Rahane had sped away to 24 off 14 balls. 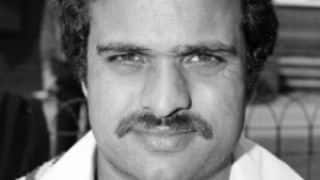