Australia are in a good position at 327 for six.

Brad Haddin has been dismissed for 55 on Day Two of the third Test between India and Australia in Melbourne. Haddin was attacking through the day and smashed the bowling as they tried to bowl him short. He helped Australia get off to a good start and then went on to convert it to a fifty.

On the other side, Steven Smith has reached his seventh Test ton. Australia are now in a good position with Mitchell Johnson walking out to bat. Considering India’s tendency to allow the tail to wag, one would not rule out that possibility this time. Australia are 327 for seven. 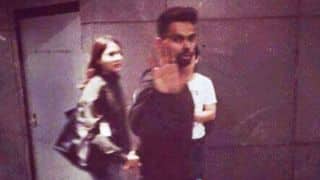