Australia have taken their score past 400.

Steven Smith and Ryan Harris have continued to pile the misery on India on Day Two of the third Test in Melbourne. Australia have resumed after lunch and have gone on to take their score past 400. This has been another good performance by the Australians as they endeavour to win the series here. 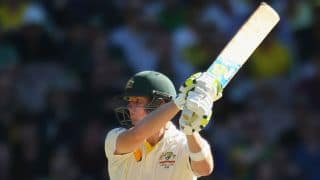