Australia are trying to push the lead over 300 but have only four wickets in hand.

Brad Haddin was dismissed by Umesh Yadav on Day Four of the third Test between India and Australia in Melbourne. Haddin tickled one down the leg-side and was taken by skipper MS Dhoni. India have fought back well to take these wickets and are perhaps having a glimmer of hope to clinch this game.

The big question before India is as to what score are they willing to chase down. With Australia six down, they can press to restrict them to under 300. Australia are 208 for six and are leading by 273 runs here. India will want to take the wickets fast, but with close of play approaching, they would hope to start their innings tomorrow. 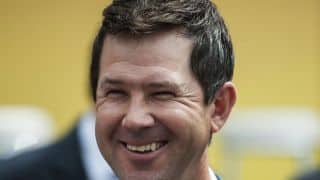