With India continuing its criticism of the Decision Review System in its current form, the technology will not be used in the four-Test series against Australia, starting in Adelaide tomorrow.

It has come as no great shock to Cricket Australia, given how much its Indian counterpart mistrusts the technology behind DRS. India remain DRS’ most strident critic and stand-in-skipper Virat Kohli confirmed it will be the case for the foreseeable future.

(India) will change take on it. It just doesn’t make sense to us sometimes,” Kohli said ahead of the first Test starting here tomorrow.

“Some people feel that it’s clearly a not-out decision and they’ve been given out. Or it seems like it’s out and guys have been given not out ?- and (there’s) more than half a ball hitting the stumps,” he said.

The DRS will not be used this summer in Australia for the first time since India toured the country in 2011-12, the ‘Sydney Morning Herald’ reported.

It will be a game-changer for Michael Clarke and his teammates, who had been afforded the chance to review decisions in their past four Test series. DRS has been a regular source of frustration for fans and officials, but much of this has come down to umpires’ interpretation rather than faults in the technology.
DRS was first trialled in a Test between India and Sri Lanka in 2008 and made a terrible first impression on then captain Anil Kumble due to the inaccuracy of ball-tracking and other issues.

The technology has improved every year since its introduction and the International Cricket Council now has a much larger body of evidence to show as much. The ICC set up a DRS working group, including former India legspinner Kumble earlier this year, but progress towards a universal set of playing rules has been limited.

Last month, former Indian batting maestro Sachin Tendulkar had called for an urgent need to standardise the technology used for DRS across all formats in international cricket.

“We can definitely use the technology as long as it is standardised,” Tendulkar had said. 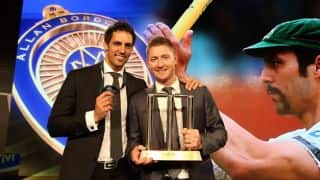