India vs Australia 2014-15: Shane Watson feels India's tour of Australia will be a different challenge

India vs Australia 2014-15: Shane Watson feels India's tour of Australia will be a different challenge

India's tour of Australia 2014-15 begins on December 4 with the first Test at Brisbane.

Australian all-rounder Shane Watson Wednesday said that his team, with the support of the favourable home conditions, will hope to make life difficult for the visiting Indian cricket team when the two sides meet in a four-Test series starting December 4.

India will play the first Test starting December 4 in Brisbane, for the first time in 10 years while the series’ other games will be played in Adelaide (December 12 to 16), Melbourne (December 26 to 30) and Sydney (January 3 to 7).  This will be followed by a ODI tri-series, including England, starting Jan 16.

“We are hopeful that the groundsmen are going to make the grounds very conducive to what we do [because] in India they certainly make sure the conditions are favourable to them,” Watson was quoted as saying by The Australian.

“They [India] have got a lot of world class players, especially in their batting, but over here is a different challenge for them,” the 33-year-old added. 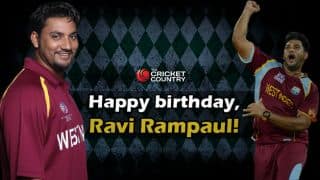 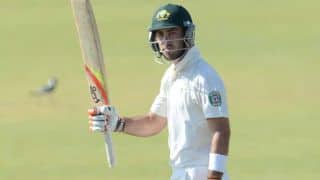