Hazlewood, who debuted in the series, bowled a disciplined line and length in Sydney, claiming two wickets in the second innings including the vital wicket of Murali Vijay that ignited Australia’s push for victory on the final day of the fourth Test here.

Hazlewood made his first appearance in the second Test at Brisbane claiming five wickets for 68 runs in his debut innings as a bowler. His exploits earned the praise of pace legend Glenn McGrath who said the seamer could become a member of the elite “200-wicket club” if he continues to work hard.

Kohli echoed those sentiments saying that despite his young age and relative inexperience he was mature in his bowling, a quality that the misfiring Indian pacers should take note and learn from.

“Certainly a lot to learn from the Australian bowlers. Especially someone like Josh Hazlewood,” Kohli was quoted as saying by au.news.yahoo.com Saturday.

“He put the ball in the right spots in all three matches. That’s something we need to learn, big time.”

“He has done a terrific job since he got picked. He has got the extra height and the extra bounce,” the Australia skipper said.

“He gets that little bit of extra kiss from the wicket and the bounce which can catch the edge of the bat. He was terrific throughout the series.”

Hazlewood’s controlled bowling, mostly focussing on line and length, has been likened to that of McGrath by experts and Australia’s injured regular captain Michael Clarke was the latest to voice his endorsement of the comparison.

“He has a lot in common with Glenn,” Clarke said while commentating Saturday.

“Similar personalities, they’re both laid back country boys. Similar strengths. If Josh turns out to be half the bowler Glenn McGrath was, he’ll be over the moon.” 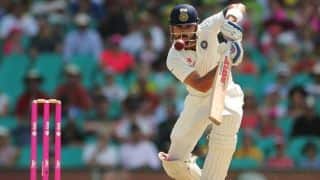 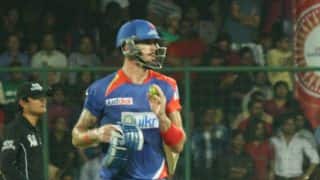