The skipper claimed that rankings doesn't matter as long as one has that intent.

Kohli doesn’t care for rankings, but prefers rating cricket sides on their intent, and has branded Australia as one of the best in that context.

Kohli claimed that Australia, who were at the top spot in the rankings for a brief time in 2014, might be number one for a while, adding that someone else might step up ranking, but it doesn’t matter to him, Stuff.co.nz reported.

Kohli said that what matters is the kind of intent one goes out there and plays with, insisting that he knows Australia play very competitive cricket and love to win.

Australia held top spot for a brief moment in 2014 and would be desperate to regain the mantle with dominant displays on tours of West Indies and England this year.

Steven Smith gave India a sniff of victory with his declaration the SCG on Saturday, which came prior to play starting on day five.

Kohli said that Australia could have easily batted more and given India two sessions, but added that the fact that they gave his side three sessions, giving the opposition and themselves a chance to win the game, says a lot about the Australians’ character.

The skipper claimed that rankings doesn’t matter as long as one has that intent. 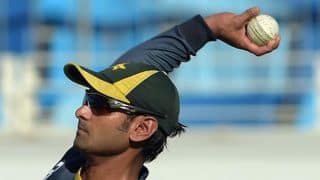