Australia Glenn Maxwell helped his team reach a mammoth 348 in the fourth ODI, will be assessed for fitness heading into the final match.

Australia‘s Glenn Maxwell  is all set to assessed and monitored before the fifth and final One-Day International (ODI) match against India on Saturday. Maxwell got hit on the knee during his small but entertaining innings in fourth ODI victory at Canberra. Maxwell got a hit on his right knee while trying to nudge an Ishant Sharma delivery on the leg side, the ball hit Maxwell on the unprotected area as he had bend down his right leg. Maxwell, who was on just 13 runs at the time managed to make a quick fire 41 runs from the 20 balls he faced, which included six fours and a six. Maxwell was seen in clear discomfort while batting henceforth. Full Cricket Scorecard: India vs Australia 2015-16, 4th ODI at Canberra

Maxwell during India’s batting fielded in the slips and also bowled one over yielding 10 runs. Soon after Maxwell was substituted by Shaun Marsh. Cricket Australia was quoted by cricket.com.au saying that the hit had caused some swelling and discomfort for Maxwell’s knee and would decide on his participation in the match only after through examinations.

Maxwell in the third ODI  struck a match-winning 96 from 83 balls for Australia as the hosts claimed the five-match ODI series 3-0 chasing India’s target of 296. Maxwell came in the when Australia had already lost 4 key wickets. Maxwell was absolutely resolute in the way he was to go with the match. He kept the singles coming but attacked whenever the bad ball came. Going into the fifth match of the series, Australia lead the series 4-0 with the last game to be played in Sydney. 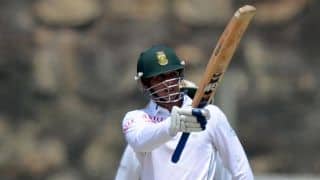 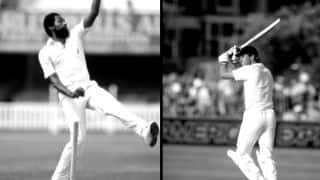