India take on Australia in the fifth and final One-Day Inaternational (ODI) at the Sydney Cricket Ground (SCG) on Saturday.

Visitors India take on hosts Australia in the fifth and final One-Day Inaternational (ODI) at the Sydney Cricket Ground (SCG) on Saturday. Australia, who already lead the series by a massive margin of 4-0 have already won the series convincingly and would aim to continue their winning spree against the former world champions as they aim for a 5-0 whitewash in this final tie at the SCG. However India, who have been on the receiving end, would aim for a turnaround and avoid the whitewash as they look to finish the series on a high and slavage some pride by winning the final tie. Live Cricket Scorecard: India vs Australia 2015-16, 5th ODI at Sydney

India have not won a bilateral ODI series under Dhoni since they beat West Indies in 2014. In the interim they beat Sri Lanka 5-0 under Kohli and Zimbabwe 3-0 under Rahane. It should be noted that India under Dhoni had a fantastic run during ICC Cricket World Cup 2015, winning seven matches (and bowling out the opposition in each of those games) on the trot. However, that was followed by a 1-2 drubbing against Bangladesh, which took some sheen off their performance. India must regroup and find it in themselves to come back from the humiliating defeat of the fourth ODI. Live Cricket Updates: India vs Australia 2015-16, 5th ODI at Sydney 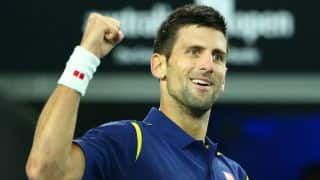 Pick of the tweets: Australia vs India, 5th ODI at Sydney