Gillespie singled out Bumrah for special praise and said the young right-arm pacer's unorthodox action makes him a different bowler from others.

“I think the Indian attack is well balanced. Bumrah has been rested for obvious reasons, but their attack is still quite good,” Gillespie told PTI in an interview.

“Everyone offers different things, and you add Bumrah to it, so they are well placed to mount a challenge for the World Cup. I think England are the obvious favourites, but India won’t be far behind,” he insisted.

Gillespie singled out Bumrah for special praise and said the young right-arm pacer’s unorthodox action makes him a different bowler from others. (ALSO READ: In Jasprit Bumrah’s absence, Bhuvneshwar Kumar gets down to perfecting yorkers)

“I enjoy watching Bumrah bowl. He just ambles in but when he gets to the crease, he almost has a slingshot action. He bowls at good pace, hurries the batsmen up, and he can also change his pace a lot. He is a very fine bowler,” the 43-year-old former pacer said.

“His action does stand out. It is a braced front leg, delayed bowling arm action. It gets you to the crease quickly, and delivers that sling shot. It is what generates his pace.

“But you need to be strong to be able to do that. Bumrah is robust and fit to bowl long spells in Test cricket. He keeps his pace up throughout a Test and this is what makes him an exciting bowler,” Gillespie said.

India and Australia are tied at 1-1 in the ongoing three-match ODI series with the decider scheduled to be played at Melbourne on Friday. (ALSO READ: India s bowling attack is competitive in any part of the world: Sachin Tendulkar)

The Australian team, which is currently going through a rebuilding phase, are eyeing its first ODI series win since January 2017 and Gillespie said it is the best for opportunity for youngsters to stake a claim in the World Cup-bound team. “Obviously they are missing a couple key personnel from both batting and bowling perspectives. But the team will look very different in the World Cup. So, it is a wonderful opportunity for these players and selectors to look at different options in pressure situations,” said the Adelaide Strikers’ coach. (ALSO READ: Bowling perfect, but this is not the best Indian batting side: Ian Chappell)

“It is a great opportunity for young players to show what they can do and enjoy the moment of representing their country. It gives selectors more information when they get together to pick the World Cup squad,” Gillespie added. 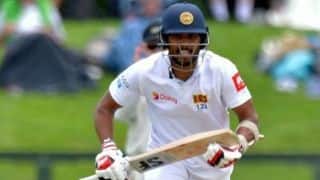