Drizzle and bad light delayed the start of the toss by ten minutes, after which Virat Kohli won the toss and chose to field in what he described as a “stop-start” deciding ODI at the Melbourne Cricket Ground on Friday. Under overcast conditions, Kohli had no doubt that getting his seam bowlers in early was the way forward.

Vijay has played five T20Is for India. He had a successful tour of New Zealand with India A, scoring 87*, 59 and 42 in three one-day games to finish as the leading run-getter even as he went wicketless in each outing. Shankar brings to the XI the experience of 58 List A games from which he has scored 1448 runs at an average of 37.12, with two centuries and eight fifties, and taken 43 wickets at 31.18 apiece.

Australia named their XI a day prior, with Jason Behrendorff and Nathan Lyon making way for Billy Stanlake and Adam Zampa. 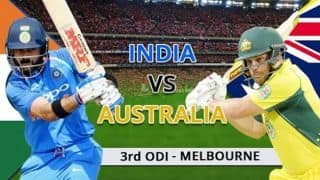 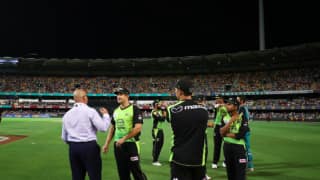