11:37 am: So the inevitable has happened. Stumps have been drawn due to heavy rain. Australia frittered away a good start and were struggling at 236/6, still trailing India by 386 runs when bad light forced the players off field. Rain eventually arrived. The play will start 30 minutes early on Sunday to make up for the lost time.

10:58 am: Players are going off the field as the umpires have stopped the play due to bad light. Australia 236/6, trail India by 386 runs

10:56 am: India review a not out lbw call against Peter Handscomb. But ball tracker shows that would have missed the leg stump. India have burnt their review.

10:32 am: Kuldeep Yadav is bowling beautifully now. Peter Handscomb is finding it hard to read the chinaman correctly. Meanwhile, the prospect of rain looms large over the SCG as it has gone overcast. Australia 215/6

10:06 am: OUT! A wicket in the first over of third session. Kuldeep Yadav outfoxes Tim Paine who remains rooted as the ball sneaks between his defences to shatter the stumps. He scored 5. Australia 198/5

10:03 am: We’re back for the third and final session. Kuldeep Yadav to bowl the first over.

9:43 am: That’s tea! This has been India’s session. They have taken four wickets in it at the cost of 76 runs. Jadeja struck twice in it with the scalps of Marcus Harris and Shaun Marsh early on. Mohammed Shami then removed Marnus Labuschange before Australia tried slowing down things. Travis Head and Peter Handscomb did well to ride the nervy phase. As has been the story of Australian innings, another batsman, this time Head, ended up playing a rash shot to lose his wicket. Australia 198/5, trail by 424 runs

9:35 am: WICKET! Would you believe it? Travis Head gets a full toss and ends up playing it back to Kuldeep Yadav who takes a decent return catch. Head walks back after scoring 20. Australia 192/5, trail by 430 runs

There was forecast of a thunderstorm. Seems like it’s about to hit SCG

Dark clouds moving quickly in the distance and the lights have come on. Unclear if the storm is going to hit us or skirt around. #AUSvIND

9:13 am: Australia now trail by 450 runs with six wickets remaining. Spin in operation from both the ends.

Kohli the captain has been spot on

Tactically I like the way Kohli kept manoeuvring those leg side fielders. As a batter that s a nightmare to constantly have to change your angles when the ball is coming in like that! Eventuated in a wicket. Well played.

8:48 am: Three quick wickets have pegged back Australia after lunch. India have placed attacking fields now. Travis Head and Peter Handscomb have their task cut out.

8:29 am: WICKET! Australia are just losing their way after a bright start. Marnus Labuschagne has thrown away a good start. Mohammed Shami goes for a flick but ends up hitting it in the air. It was low but Ajinkya Rahane does well to grab it at short mid-wicket. He scored 38. Australia 152/4

8:17 am: WICKET! Shaun Marsh has been out cheaply for 8. Another poor shot from an Aussie batsman. Tossed up and Marsh comes forward, expects the ball to come in but Jadeja gets it to spin away. A healthy outside edge and Ajinkya Rahane accepts an easy catch at first slip. Australia 144/4

7:57 am: WICKET! That’s unlucky for Marcus Harris. He was looking all set for a maiden century but Ravindra Jadeja has ended his hopes. A inside edge crashes onto the stumps. He scored 79. Australia 128/2

7:45 am: The play resumes. Jadeja starts. Labuschagne finishes the over with a four. Australia 127/1

7:04 am: LUNCH! This has been a good session for Australia. They were off to a sprightly start with Marcus Harris and Usman Khawaja taking the attack to Indian bowlers. Khawaja overattacked and ended up playing a poor shot to be out early. Harris though went on to hit his second Test fifty and alongside Marnus Labuschagne has raised a fifty-run partnership for the third wicket. Australia 122/1, trail by 500 runs

That will be a bruise tomorrow, that’s for sure! #AUSvIND pic.twitter.com/CjHxEB9Eia

06:16 am: Marcus Harris is on fire here. He has clattered three fours in an over of Kuldeep Yadav. The first, via aerial route, the second via pull and the final one off the sixth delivery through mid-on. 12 runs from it. Australia 99/1

06:00 am: FIFTY for Marcus Harris! His second in Test cricket. He has had starts before but hasn’t been able to convert them. So, this is as good a chance as he will get ever in his career to make it count. A flat pitch. Needs to make it big now.

Earlier in the day…

05:50 am: WICKET! That’s terrible from Usman Khawaja. There’s was no need to attack. But full marks to Kuldeep Yadav as he tosses one up and Khawaja takes the bait. He hops out and ends up hitting one straight into the hands of Cheteshwar Pujara ar mid-wicket. He scored 27. Australia 72/1 in 21.6 overs

05:45 am: Absolutely nothing for India so far in these first 45 minutes. Kohli has employed two pacers, two spinners, brought the pacers back but nothing is happening. Australia openers have taken the score to 70/0 in 21 overs

05:30 am: Another good over for Australia. The Aussie pair has taken the attack to the Indians. Harris collects his fifth four through covers to bring up team’s fifty before Khawaja shimmies down for his second four. Australia 57/0, trail by 565

05:27 am: An expensive over from Shami as Khawaja and Harris pick up a boundary each from it. They have looked positive. Early signs tel us Indian bowlers are going to have a hard time as well. Australia 47/0

05:20 am: Harris takes on Jadeja straightaway. Gives him the charge and lofts him over mid-on but miscues it completely. KL Rahul with a dives full-stretch but the ball falls just short of his reach. Super effort from Rahul.

05:20 am: So after just four overs of pace, Virat Kohli has summoned spin in Ravindra Jadeja. Australia 32/0

05:13 am: Bumrah and Shami has set the ball rolling. A quiet start so far with the batsmen yet to be tested. Five runs from the first three overs including a maiden from Bumrah. Australia 29/0, trail by 593 runs

05:00 am: Indian team are off after their customary huddle. The two openers Marcus Harris and Usman Khawaja are out in the middle. These are perfect conditions for the Aussie batters to make a mark. It will be interesting to see the tactics Indian employ on a pitch which has offered little in terms of assistance to the bowlers. Jasprit Bumrah to kick off the proceedings.

04:00 am: Hello and welcome to LIVE coverage from Day 2 of the fourth and final Test between India and Australia from the Sydney Cricket Ground.

Cheteshwar Pujara fell seven runs short of a fourth Test double-century a surprise, given his record of converting scores of 160 into 200 and Rishabh Pant secured his career-best to take Indai to a mammoth 622/7 declared on day two at the SCG.

DAY TWO, AS IT HAPPENED

Kaushik: Cheteshwar Pujara fusing the mechanical with the all-too-human

Narula: By batting out Australia in Sydney, India have confirmed their series win, nearly

Analysis: The best and worst from Day 2 of Sydney Test

News: Australia have committed way too many errors in batting: Ricky Ponting

News: Tim Paine and bowlers were not on same page : David Saker 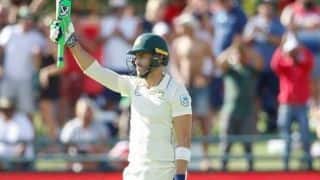 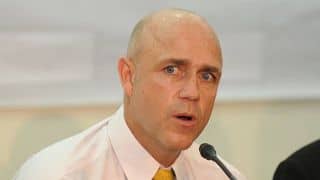