Less than 26 overs were possible on day four, and day five did not start on a bright note.

Light rain prevented play from starting on time at the Sydney Cricket Ground on Monday with Australia needing to bat the entire day to salvage a draw. They were six without loss at stumps on a weather-affected fourth day on Sunday after being forced to follow on by India.

Australia were dismissed in their first innings for 300 in reply to India’s 622 for seven. Marcus Harris is not out two and Usman Khawaja is on four.

India lead 2-1 and are fast closing in on a historic maiden series win in Australia. 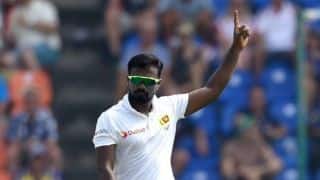