Jones believes Mitchell Starc and Josh Hazlewood will be key to exploit the pacy and bouncy conditions at Perth's new Optus Stadium.

Former Australian batsman Dean Jones has asked the home batsmen to take a cue from Cheteshwar Pujara, who notched 194 runs in India’s historic win in the opening Test at Adelaide which included a 123 off 246 in the first innings, in the second Test at Perth’s new Optus Stadium, which begins on Friday.

Pujara, clearly the difference between both the teams, was exceptional to weather down the Australian bowling attack. It was his crucial runs that provided the much-needed cushion that India needed going into the second dig.

“The Aussie batsmen can really look at the way Pujara went about his game. My father always told me, ‘just bat time … if you can bat five hours, a hundred will look after itself ’. I feel Aussie batsmen are in too much of a rush,” Jones wrote in his column for the Times of India on Thursday.

“There’s a lot of inexperience: among our top six — we only have one batsman [Usman Khawaja] that averages around 40 in first-class cricket, whereas the top six Indian boys all average over 50. They know what it’s like to make hundreds, they know you need to play a long innings like Pujara, you just have got to hang in there. However, I do think they have to find a game plan to play Nathan Lyon better.”

Pace bowlers from both sides were in for a treat when the WACA curator unveiled a green top for the second Test. Jones believes Mitchell Starc and Josh Hazlewood will be key to exploit the conditions.

“A new stadium awaits the teams at Perth and from what I’ve been told, this ground will be quite abrasive on the ball. This means that it will reverse swing, it will spin. That brings Starc and Hazelwood, who really know how to reverse swing the ball, into focus. So, does Mohammed Shami, so it will be interesting to see how this plays out. This pitch will not be like the one at the WACA; it will be slow tennis ball bounce,” he wrote.

Meanwhile, Jones doesn’t see the Perth Test last for five days. “I’m not expecting this game to go the distance: it will be finished in four days. I have said from the beginning that India will win this series 3-0. They’re well on their way because after this Test they will be 2-0 going into Melbourne. I’m confident about that, because India are that good,” he wrote. 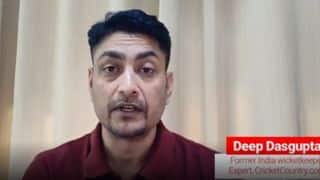 Dasgupta: Green top for 2nd Test could backfire for Australia against India 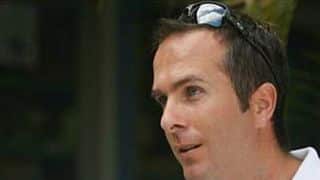