In his comeback game, the allrounder claimed seven wickets and scored a half-century for Baroda.

The allrounder Hardik Pandya could link up with the Indian cricket team in Australia ahead of the Boxing Day Test from December 26 at the Melbourne Cricket Ground, according to the Indian Express.

Pandya, 25, marked his return to competitive cricket with a five-wicket haul for Baroda in their 2018-19 Ranji Trophy game versus Mumbai last week, and followed that up with 73 from 137 balls with the bat and then two wickets for four runs in six overs when the home team batted again.

According to the Indian Express, the North Zone selector Sarandeep Singh spoke to Pandya during the match at the Wankhede Stadium and that the selection committee has left it to the allrounder to decide whether he is ready to travel to Australia.

Pandya’s 5/81 against Mumbai is his third five-wicket haul in first-class cricket – and first since he claimed 5/28 in a Test against England this summer – and second for Baroda.

ALSO READ: Priority is to get fit and return to play for India: Pandya

In September, the he suffered a back injury during the Asia Cup in the United Arab Emirates and had to be stretchered off the field. He underwent rehabilitation and was not available for first two Tests in Australia. 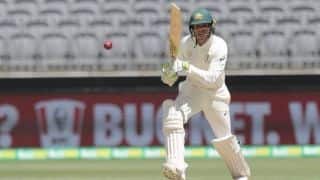