Hanuma Vihari and Rohit Sharma are vying for one spot in India's middle order at Adelaide Oval.

India have named their 12 for the first Test against Australia in Adelaide, leaving out Bhuvneshwar Kumar and including Rohit Sharma and Hanuma Vihari who are competing for one spot in the middle order.

Virat Kohli‘s team for the series opener on Thursday will only be named on match morning, but in announcing a 12-man squad missing Bhuvneshwar the tourists have gone with the pace trio of Ishant Sharma, Mohammed Shami and Jasprit Bumrah with R Ashwin the specialist spinner.

Vihari is capped in one Test, in which he scored 56 and 0 and claimed 3/37 with his offspin. Rohit, 31, played the last of his 25 Tests in January but now finds himself a potential starter after a superb run of form in limited-overs cricket.

Kohli outlined the challenge of playing Australia at home as he seeks to become the first Indian captain to win a Test series in the country.

“I personally don’t think any Australian side is vulnerable at home,” Kohli told reporters at Adelaide Oval on Wednesday. “You cannot take any side for granted. Whatever happened, the skill level is still there. However much you talk or behave, it’s your skill that counts. They still have the skill to dominate at home.

“We’re not taking anything for granted. We just want to focus on our skills and what we need to do. We’re looking to correct things that haven’t gone right in the past.” 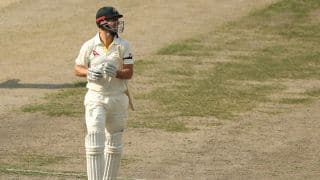 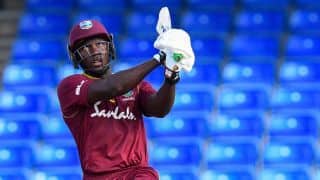