With Rahul and Pandya sent home from Australia, the BCCI has acted swiftly.

The suspended pair of KL Rahul and Hardik Pandya will reportedly be replaced by Mayank Agarwal and Vijay Shankar in India’s ODI squad in Australia, according to ESPNcricinfo.

The website reported on Saturday, hours after India lost the first ODI at the SCG, that the BCCI selectors had convened to select Agarwal and the allrounder Shankar, who are both uncapped at ODI level.

Rahul and Pandya were this week suspended by the BCCI pending an enquiry into controversial remarks they made while appearing together in an Indian TV show. (ALSO READ: CoA emails Hardik Pandya, KL Rahul informing of suspensions)

Agarwal, who made his Test debut at the MCG in late December, flew back to India after won the recent Test series 2-1. He had been close to ODI selection in 2018, after he finished the previous domestic season with a record-breaking 2,141 runs, which saw him top the Ranji Trophy run chart with 1160 at 105.45, including three hundreds a best of 304 not out and two fifties. As part of the India A tour of England in mid-2018, Agarwal was his team s leading run-getter with 287 from four one-day games as they won a tri-series with England A and West Indies A. In the four-day matches, he made 68 against West Indies A and 1 versus England A.

Speaking to CricketCountry after he returned to India, Agarwal said he was not getting ahead of himself in regards to ODI selection.

The Tamil Nadu allrounder Shankar, who turns 28 this month, has played five T20Is for India. He had a successful tour of New Zealand with India A last month, scoring 87*, 59 and 42 in three one-day games, though he went wicketless in each outing. Shankar brings to the Indian ODI squad the experience of 58 List A games from which he has scored 1448 runs at an average of 37.12, with two hundreds and eight half-centuries, and taken 43 wickets at 31.18 apiece.

In the ongoing Ranji Trophy, he has three fifties in five innings and one wicket. 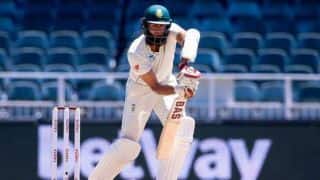 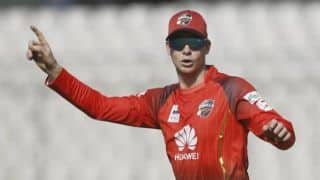