The allrounder is unsure of his role as Test vice-captain after being released from Australia's squad last week.

The allrounder Mitchell Marsh says he was shattered at getting the news that he had been deemed surplus to Australia’s needs for the Adelaide Test, but understands the reasons behind the team management’s decision.

Marsh lost his place in Australia’s XI for the first Test against India on account of his inconsistency, Tim Paine said last week, but still expects him to play a role across the series.

“I was obviously very disappointed to miss out in the first Test but I understood the reasons why,” Marsh told reporters in Melbourne on Tuesday. “Ultimately, you’ve got two ways to go about it – you can either sulk and go into your shell or you can put a smile on your face and enjoy the hard work, enjoy the challenge of getting back into that Test side.

“Every Test match you miss out on – it’s shattering. I got plenty of messages of support. I cop a fair bit but I do have a lot of people who care about me and always have support for me.”

When naming the team for the Adelaide Test, Paine said Marsh’s omission was due to a lack of consistency and that would benefit from returning to Sheffield Shield cricket. In 30 Tests, Marsh averages 26.08 with the bat and 42.45 with the ball. He managed scores of 12, 0, 13 and 5 against Pakistan in the UAE and took two wickets.

Aside from those poor scores in Tests, Marsh averages from from his last 12 first-class innings with good runs versus India A, Pakistan A and for Western Australia.

“I’d scored three first-class hundreds in my last six games. I still felt like I was in really good form and feeling very confident heading into last week,” he said.  “But ultimately I still had two chances (in the Shield) before the Test match to put a big score on the board and I didn’t do that. The message was clear – I needed more runs.”

Marsh was in October named vice-captain – along with Josh Hazlewood – of the Test team. Marsh is unsure of that role now. “I don’t know where I stand in that sense,” he said. “Lucky we’ve got two vice captains.” 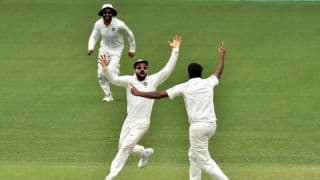 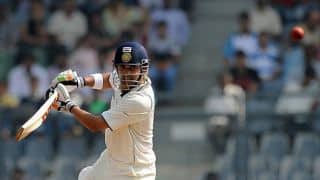