Langer said the pitch brought back memories of the old WACA wicket fast and bouncy.

Australia snapped the remaining five wickets in just about an hour on the final day of the second Test to secure a series-levelling victory with the two Tests remaining on Boxing Day and January 3 at Melbourne and Sydney respectively.

On a deck which was expected to assist the pacers, offspinner Nathan Lyon bagged the Man of the Match award pocketing eight wickets, including 5/67 in the first innings to lead the hosts to an emphatic 146-run victory.

“A couple did something off the cracks, but that’s OK,” Langer, who has secured his first victory as coach, told FOX Cricket after the match on Tuesday.

ALSO READ: We thought the fast bowlers were going to be more productive for us: Virat Kohli

“It’s like if you play on other wickets and it spins every now and then, it might spin out of the rough. It had everything. Nathan Lyon was probably the difference.

“He was not only man of the match, but we selected the spinner (and) India didn’t. We saw what a great influence he had on the game. It spun, it bounced, it was fast, there was bounces, it swung a bit.

“Anyone who says there’s anything wrong with that wicket, they must have been watching a different game.”

Indian pacers, especially Mohammed Shami, bowled a hostile spell with Marcus Harris and Lyon both copping blows on the helmet. Aaron Finch was struck on his right index finger by a short delivery from Shami and was sent to hospital for x-rays. Shami then decimated Australia in the second dig with a six-wicket haul.

The former Australia batsman said the pitch brought back memories of the old WACA wicket fast and bouncy.

“For so long at the WACA Test match it’s almost part of the drama or theatre it’s going to be a fast, bouncy WACA wicket,” he said.

“We probably haven’t seen it for a long time, but we saw it here. That was like going back to the heyday of fast WACA wickets.” 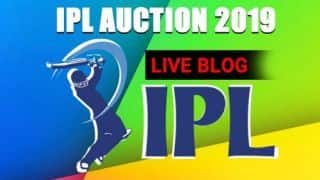