The pint-sized Maharashtra all-rounder said that the team management has already specified him that he is their designated "finisher at No 6".

Virat Kohli has backed him to the hilt whenever he has had injury issues and Kedar Jadhav feels that it’s “payback time” for all the faith that the Indian skipper and the team management showed in him.

Jadhav has had multiple breakdown due to a dodgy hamstring which also included a near six month lay-off due to a surgery. (ALSO READ: Kedhar Jadhav, MS Dhoni steer India to 1-0 series lead)

“Obviously, the kind of confidence they have given has helped me deliver consistently. Credit goes to the captain and management for backing me in my difficult times and this is my time that I pay back to the confidence and faith they have shown in my difficult times,” Jadhav said after his 81 not out powered India to a six-wicket victory against Australia in the first ODI. (AS IT HAPPENED: INDIA vs AUSTRALIA, 1st ODI)

“Everybody has been encouraging towards me irrespective of how many times I have got injured you know. Every time I have got fit, I have walked into the team. That is the kind of confidence that the team management has in me,” he spoke with a lot of gratitude.

The pint-sized Maharashtra all-rounder said that the team management has already specified him that he is their designated “finisher at No 6”.

“It’s more than one and half or two years that I have been batting at this number (No 6). I still remember in January, 2017 against England in India, I batted at No 6 only and got Man of the Series,” he said. (ALSO READ: 1st ODI: Best part about my bowling is, I don’t think like I’m a bowler: Kedar Jadhav)

“From thereon, the team management has been looking at me as a finisher. They have clearly told me that you will be batting at No 6 till the time you are there. So the management and team had been clear about everybody’s role and everybody is clear about what is expected of individual players.” 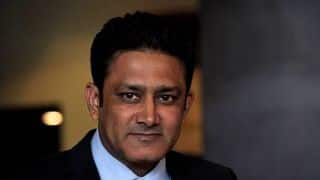 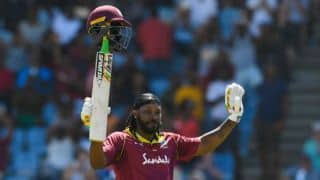