Kohli, who scored an unbeaten 72*, did not feel his bowlers were to blame.

India captain Virat Kohli found it tough to summarise the team s performance after the hosts went down 2-0 to Australia following a seven-wicket victory at the M Chinnaswamy Stadium on Wednesday.

Pretty short series to summarise the performances. Australia outplayed us in all departments and deserved to win. 190 is a good total on most grounds but if there is so much dew as there was tonight and when you have an innings like what Glenn Maxwell played, nothing much you can do, Kohli, who has lost his first series at home across all formats, said at the post-match presentation ceremony.

Chasing a tricky 191, which was just about under-par on a batting paradise, especially with India missing the likes of Bhuvneshwar Kumar and Kuldeep Yadav, Kohli, who scored an unbeaten 72*, did not feel his bowlers were to blame. (ALSO READ: Glenn Maxwell is a freak, can play shots other people can’t: Peter Handscomb)

We would have liked to get across the line in at least this game, but I can’t be too hard on the bowlers due to the amount of dew. We wanted to give everyone some game time, we’ve seen how they react under pressure, there is a series coming up and we’ll try more things. It’s upto them to deliver the goods, he said.

The good thing was that the Bangalore wicket was back to normal and you could trust the lengths. I enjoyed myself, but it didn’t really matter as we lost the game. 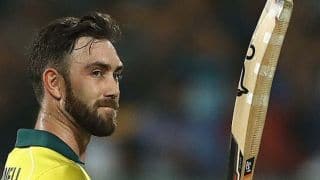 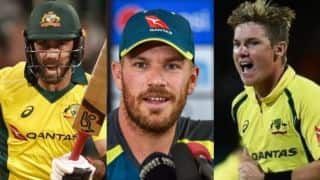