Australia wicketkeeper Alex Carey feels that the recently concluded Big Baash League (BBL) puts them in a advantageous position ahead of the two-match T20I series against hosts India.

Australia wicketkeeper Alex Carey feels that the recently concluded Big Bash League (BBL) puts them in a advantageous position ahead of the two-match T20I series against hosts India.

Each player of the Australia T20 squad in India played at least one BBL match during an extended season with saw Melbourne Renegades beat Melbourne Stars in a dramatic final. The summit clash also featured six players who have travelled to India for the limited overs tour also featuring five ODIs.

“The guys have had their Big Bash campaign just finished and they’re in T20 mode so we’ll hit the two T20s and then get stuck into the five one-dayers. The confidence is up for all the players and we’re really excited now to get playing, get stuck into the Indians,” Carey was quoted as saying by Cricket.com.au.

With the focus on the upcoming ODI World Cup in England, Australia aren’t treating the two rubbers lightly with Carey saying the matches are important in the lead up to the T20 World Cup next year.

“I think the guys coming off the Big Bash have played a lot of T20 cricket and I think we’ll treat these as some pretty big games of T20 cricket leading into the World Cup next year in Australia,” Carey said.

He further added, “Any opportunity we get to play T20 it’s T20 mode, which hopefully will start off our tour really well. (It’s) some exciting cricket, go out there and play fearless and have some freedom and get stuck in to these guys.”

The first match of the tour, a T20I, will be played in Visakhapatnam on Sunday. 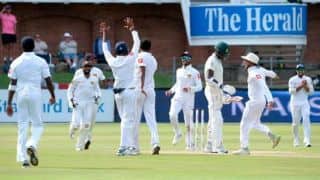