BCCI had reportedly taken ICC's permission to allow its player sport camouflage caps as a mark of tribute to the Indian army.

The Board of Control for Cricket in India (BCCI) had reportedly requested the International Cricket Council (ICC) to allow Indian players sport camouflage caps during the third ODI against Australia in Ranchi.

The Indian cricketers sported camouflage caps with BCCI crest on it on Friday as a mark of tribute to Indian army and in memory of fallen soldiers. India captain Virat Kohli had also announced the players had decided to donate their respective match fees of the Ranchi ODI to the families of Pulwama terrorist attack martyrs.

MS Dhoni, who reportedly was the man behind the initiative, presented each member of the Indian team with the army cap before himself accepting one from Kohli ahead of the match.

Following that, Pakistan had accused India of politicising the game for their symbolic gesture, asking ICC to take not of the action.

However, as per a report in The Times of India, BCCI had already taken a permission from cricket’s global body citing similar such initiatives from boards of other cricketing nations.

“The Board of Control for Cricket in India (BCCI) had requested permission from ICC CEO Dave Richardson on Thursday to let the players participate in a charity fund-raising effort and wear army caps with the BCCI crest in memory of the fallen soldiers,” the report quoted an ICC source as saying.

The initiative will become an annual affair whenever an ODI is played on Indian soil.

Several other cricket boards including that of Australia, South Africa and England have similar events of their own supporting different organisations. 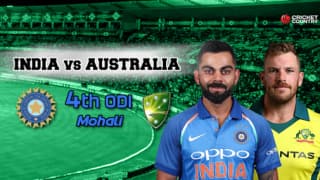 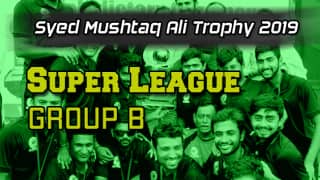