While Bumrah's short run-up and sling-arm action make it difficult for batsmen to pick him, Dr Feros said he is more deceptive than others.

Ranked the third best sport science school in the world, Deakin University’s School of Exercise and Nutrition Sciences is a leader in its field.

“Bumrah tends to release the ball outside the line of the front foot. This means he can ‘push’ at the ball, usually resulting in an excellent in-swing delivery to a right-hand batter. (ALSO READ: A-plus category only for those who excel in at least two formats: BCCI official)

“However, if he exceeds 45 degrees of trunk lateral flexion (which I think he may on some occasions), then this element of his action may pose some injury concerns to his lumbar vertebrae,” said Feros.

The lumbar vertebrae are the five vertebrae between the rib cage and the pelvis.

Even as many in the international cricket community feel Bumrah could find it difficult to sustain for long without injury with his unusual action, Feros and Gloster made some positive observations about one of the world’s most successful fast bowlers of recent times.

So, what makes him so lethal despite possessing a whip-like action? It’s Bumrah’s uniqueness, according to Gloster.

“His unique action allows him to deliver consistently the types of deliveries he possesses, particularly his yorker. The ability of Lasith Malinga to be so effective was in part due to his unusual action (making it often difficult to pick up the ball).”

Gloster concluded his analysis of Bumrah’s action by stating that the body is an “amazing machine” and given time will adapt to almost anything, and lauded his earlier coaches for not tinkering with his action.

Gloster has worked extensively in international cricket for the last 17 years, most notably as a physiotherapist to the Indian team for three and half years. Dr. Feros works at the School of Exercise & Nutrition Sciences, Deakin University.

While Bumrah’s short run-up and sling-arm action make it difficult for batsmen to pick him, Feros said he is more deceptive than others.

“I’m not sure if unpredictable is the best word here. I would say he is certainly more deceptive than most other fast bowlers. This is because most bowlers gather the ball to the chin when they jump, and batters can get a good read on the ball.

“With Bumrah, the ball is harder to detect as its higher and behind his body. He also runs in quite slowly, which would affect the rhythm or coordination of the batter in being able to time the stroke appropriately given the arm speed and delivery speed of Bumrah is so fast compared to his other segments.”

Gloster, who has been involved in nearly 55 international cricket tours/series as head physiotherapist, said, “Bumrah has developed muscle control, stability and power to support this action to date.

“The body is an amazing machine and given time will adapt to most anything, including the capacity to repeatedly deliver a ball at high speeds and accuracy with this visually unusual bowling action.

“Given his current effectiveness in world cricket, I feel his earlier coaches should be applauded for not trying to change his action and ‘mould’ him into the ‘perfect action’ bowler.” 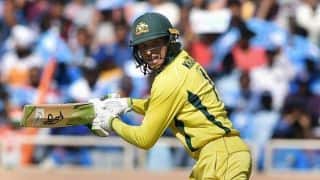