Warner shared an opening partnership of 258* with his Finch which is now the first-ever 250-plus partnership in the ODI format for any team against India. David Warner was on a song at the Wankhede Stadium in Mumbai as his sublime unbeaten century along with captain Aaron Finch’s 110* paved the way for a crushing 10-wicket win against India in the first one-day international.

En route his 128 off 112, an innings studded with 17 boundaries and three sixes, Warner added another feather to his illustrious cap as he became the fastest batsman from his country to amass 5000 ODI runs.

He shared an opening partnership of 258* with his Finch which is now the first-ever 250-plus partnership in the ODI format for any team against India.

Meanwhile, in the overall list of batsmen reaching the 5k ODI run-mark, Warner now stands at the fourth spot after taking 115 innings to do so.

With the feat, Warner also surpassed Joe Root and Brian Lara to become the third-fastest batsman to reach 5000 runs in ODIs. While Root achieved the feat in 116 innings, Lara took 118 innings to do so.

The previous fastest Australian to reach 5000 runs was Dean Jones, who took 128 innings. Talking about his partnership with Finch, Warner said: “For us, it was about rotating strike during the middle overs. Wanted to hit the odd boundary, hang in there and take the game deep. We knew that if we were there till the end, we could do it with ease. I do a lot of training, I love to field. As a kid too, I loved to field. I enjoy that part of the game, I love to work 100 percent on my fitness.” 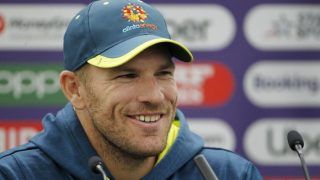 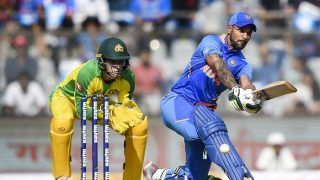