Put into bat, India were pushed on the back immediately when Rohit Sharma, who has had a pretty good record against the Aussies, was dismissed for just 10 off Mitchell Starc as early as the fifth over. 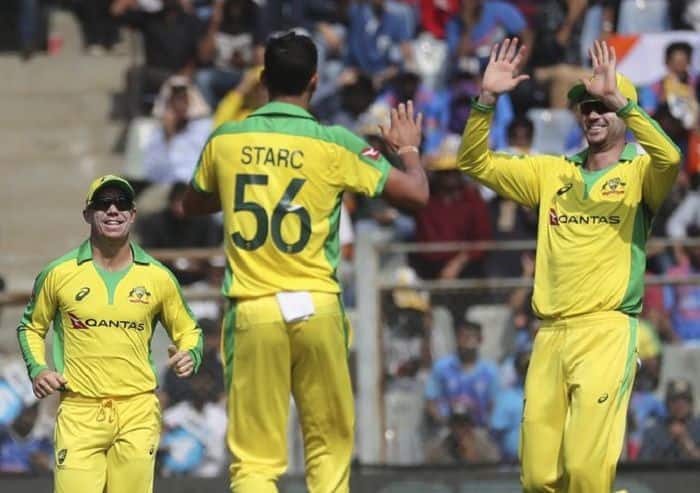 Put into bat, India were pushed on the back immediately when Rohit Sharma, who has had a pretty good record against the Aussies, was dismissed for just 10 off Mitchell Starc as early as the fifth over. Rohit went for the swing after Starc pitched it up, but mistimed it completely leaving David Warner to pick up an easy one at mid-off.

KL Rahul, in at No.3 after the hosts decided to include all three openers, took some time to settle down along with Shikhar Dhawan. However, once the duo found their groove, it was a consistent flowing of runs. Ashton Agar struck in time to bring an end to the flourishing 121-run stand with Rahul departing to a nothing shot after he chipped it straight down the throat of Steve Smith at cover. The Karnataka batsman missed on a fifty by three runs, his 61-ball stay at the crease yielding four boundaries.

Dhawan then played the aggressive role with captain Virat Kohli in at No. 4. The southpaw looked dangerous but he failed to capitalise giving Australia another wicket in no time with Pat Cummins finding the leading edge where Agar took it at mid-off. Dhawan smashed nine boundaries and a solitary six en route his 91-ball 74.

The Wankhede crowd was silenced after Kohli’s No. 4 experiment failed as he played a powerful drive back to Adam Zamp, who’s reflex actions were excellent as he picked it up superbly. Kohli departed for just 4.

There were just no significant partnership from India as Australia struck at regular intervals.

Thanks to some decent hitting from Rishabh Pant and Ravindra Jadeja with the duo registering scores of 28 and 25 respectively, India were able to cross the 250-run mark. 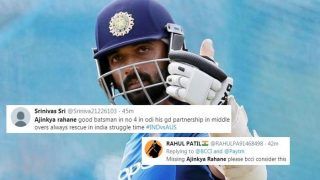 Virat Kohli-Led India Collapse Against Australia in 1st ODI at Mumbai, Fans Urge BCCI to Get Ajinkya Rahane Back | POSTS 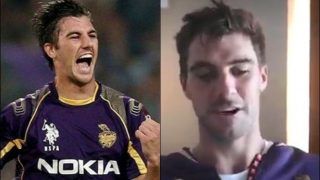