With the Sri Lanka T20I series turning to be one-way traffic, and bilateral series slowly losing its importance, the three-match rubber between two top teams could give fans a fresh lease of life. India have plenty of pleasant problems to deal with, in particular, the opening options, as they gear up to overcome a stiff Australia challenge when the first of the three-match one-day international series gets underway at the Wankhede Stadium in Mumbai on Tuesday.

Rohit Sharma, who was rested for the Sri Lanka T20Is, returns to the side. While KL Rahul has been in sublime form recently, the other opener Shikhar Dhawan, on a comeback, has found a little form in the third and final T20I against Sri Lanka in Pune.

To resolve the puzzle, captain Virat Kohli said he has no hesitation to drop down the order, a move which will accommodate all three frontline batsmen in the playing XI. “It’s a big possibility. I would be very happy to do so. Look I am not possessive about where I play. I am not insecure about where I bat,” Kohli said.

In the bowling department, Bumrah will lead a potent pace attack consisting of Mohammed Shami and Navdeep Saini, who is likely to win the battle with Shardul Thakur.

A full-strength Australia squad are going to be no match for India, who will want to redeem themselves after the home series defeat last year. The Indian Premier League’s (IPL) IPL’s costliest foreign recruit Pat Cummins, Kane Richardson and the ever-dependable Mitchell Starc will leave no stone unturned to make life uncomfortable for Kohli and his men.

Australia have left out the dangerous Glenn Maxwell and included the Marnus Labuschagne, easily the most exciting talent spreading his wings on the international cricket map with some stellar performances in the Test arena.

The Wankhede track is usually a belter and India will certainly not go with two wrist spinners considering the fate they met during the last home series in March, which India lost 2-3. Kuldeep Yadav, who has a hat-trick against Australia, is likely to be preferred over Yuzvendra Chahal.

With the Sri Lanka T20I series turning to be one-way traffic, and bilateral series slowly losing its importance, the three-match rubber between two top teams could give fans a fresh lease of life.

Below are details of how and where you can follow LIVE action of the 1st ODI between India and Australia:

What: India vs Australia 1st ODI

Weather: Partly cloudy with a maximum high of 27 degrees Celsius

You can also follow LIVE action of the match on India.com 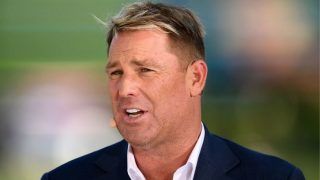 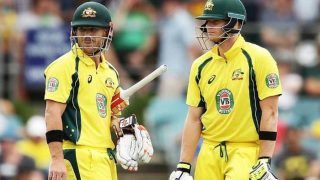