Chasing a par 287 that came on the back of a Steve Smith century and a maiden ODI fifty from Marnus Labuschagne, India were able to chase down the wicket for the loss of just three wickets and 15 balls to spare. 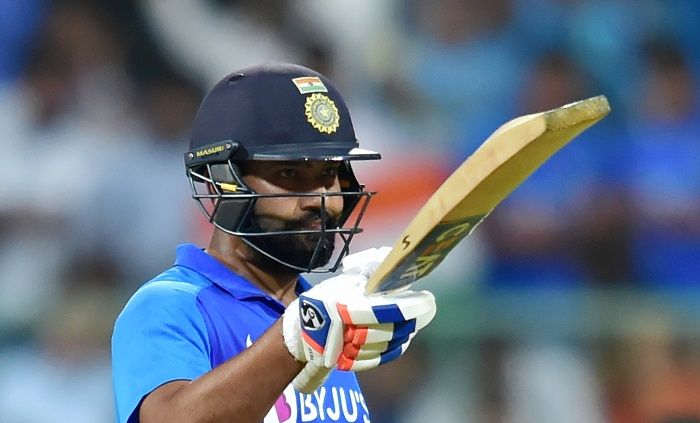 A brilliant century from Rohit Sharma coupled by an equally impeccable knock from captain Virat Kohli (89) helped India register a clinical seven-wicket win in the third and final ODI against Australia at the M Chinnaswamy Stadium in Bengaluru on Sunday. With the win, the hosts have sealed the series 2-1.

Chasing a par 287 that came on the back of a Steve Smith century and a maiden ODI fifty from Marnus Labuschagne, India were able to chase down the wicket for the loss of just three wickets and 15 balls to spare.

With Shikhar Dhawan out of action after injury his left shoulder while fielding, India’s ‘floater’ KL Rahul was pushed up the order to open the innings with Rohit. The duo stitched a 69-run partnership and go on to score more had Ashton Agar not forced his captain Aaron Finch to go for the DRS after he trapped Rahul lbw in the 13th over. The decision went against India which saw an in-form local boy depart for 19.

Rohit and captain Kohli then took matters in their own hand as the duo forged a massive 191-run partnership for the second wicket that took the game away from the tourists. Rohit, who became the third fastest to score 9000 ODI runs, reached his 29th ODI hundred, but soon departed after he mistimed one off Adam Zampa in the 37th over that saw Mitchell Starc pick it up a long-on. Rohit’s 128-ball 119 was studded with 8 boundaries and 6 sixes.

Kohli missed out on a century that would have seen him equal the record of India legend Sachin Tendulkar’s ODI hundred tally at home. The dashing batsman missed to judge a well-directed yorker from Josh Hazlewood which saw the ball ricocheted from his pads onto the stumps. Kohli fell for 89 off 91 his innings decorated with eight boundaries.

Earier, a hard-fought century from Steve Smith (131) his ninth in ODIs and a maiden fifty from Marnus Labuschagne (54) pushed Australia to 286/9. Besides, Smith and Labuschagne, none of the other Australian batsmen save Alex Carey (35) were able to register any significant scores and Mohammed Shami was the reason to that waking away with a brilliant four for 63 in his 10 overs.

Opting to bat, Australia were immediately pushed on the backfoot with the dangerous David Warner sent back as early as the fourth over. Mohammed Shami got it to angle across the left-hander where last-minute decision-making forced Warner to play inside the line of that one, but as he was going to withdraw his shot, he got a thick outside edge that went to KL Rahul behind the stumps which saw Warner walk back for just 3.

Australia had their own selves to be blamed for the next wicket. Smith, batting at No. 3, was facing Shami in the ninth over. He called for a quick single before changing his mind and then ran back to his crease as his shot was fielded. That left captain Aaron Finch stranded in no-man’s-land as he desperately tried to run back to his end only for India to effortlessly take his wicket for 19 in the 9th over.

With the tourists in a spot of bother at 46/2, Smith and Labuschagne then stitched a 127-run partnership for the third wicket that brought Australia back into the game. However, just as the duo were beginning to accelerate Ravindra Jadeja had Labuschagne caught at cover thanks to a stunner from captain Virat Kohli, who dived full length and completed a low catch with the ball almost dying on him. Labuschagne (54) departed after scoring his maiden ODI fifty.

Wickets then kept tumbling at the wrong time for Australia, which cost them dearly. However, Smith, who missed out on his century by two runs in Rajkot, completed a hard-fought ton that came in 117 deliveries. However, he wasn’t able to take off after registering his third ton against India. The former Australia captain was unable to get under the ball and a lofted shot off Shami in the 48th over was picked up well by Shreyas Iyer at mid-wicket. Smith’s 132-ball 131 was studded with 14 boundaries and one six.

India have a major injury concern going into the run-chase with opener Shikhar Dhawan currently out of action after he injured his left shoulder while fielding. Dhawan, who dived to save a shot from Finch in the fifth over, hurt his shoulder and immediately left the field. He was sent for an X-Ray and a call on his participation would be decided after the result of the report.

For India, Shami was the pick of the bowlers while Jadeja added two for 44 in his 10 overs. Kuldeep Yadav and Navdeep Saini picked one wicket apiece. 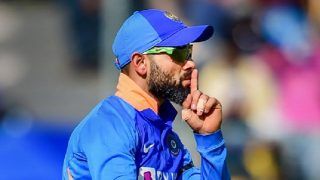 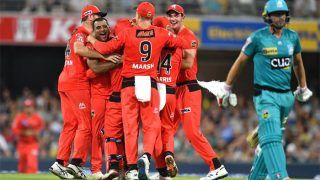