The 36-year-old got injured during SunRisers Hyderabad's IPL game against Mumbai Indians on November 3. 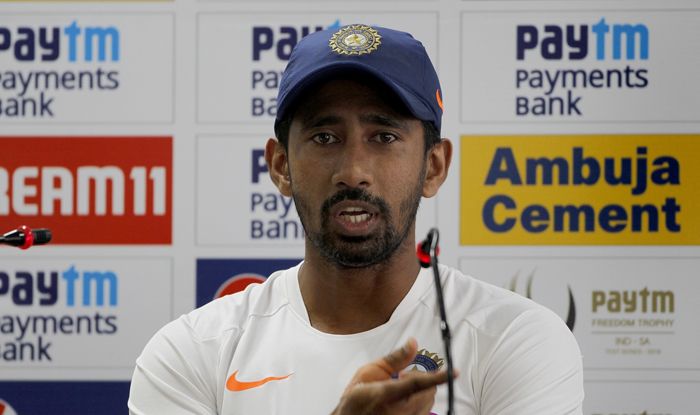 Wicketkeeper-batsman Wriddhiman Saha returned to nets for the batting session with the Indian team at Sydney. Saha injured both hamstrings during recently concluded Indian Premier League in UAE and there were doubts over his availability for the upcoming four-match Test series against Australia.

However, there is no update on Saha’s fitness from the Board of Control for Cricket in India (BCCI) but the cricket board shared a video of his training sessions on Wednesday. In the video, Saha looked comfortable while playing shots off balls hurled at him by the team support staff using the side-arm.

“Look who is batting in the nets today. Hello @Wriddhipops! Flexed biceps #TeamIndia,” the BCCI tweeted with the video.

The 36-year-old got injured during SunRisers Hyderabad’s IPL game against Mumbai Indians on November 3.

The BCCI had, over a week back, said that the decision on his fitness will be taken later.

“The senior Indian wicket-keeper sustained injuries to both his hamstrings during his side’s IPL game on 3rd November. A call on his availability will be taken later,” the BCCI had stated in a press release on November 9.

Recently, BCCI president Sourav Ganguly also talked about Wriddhiman Saha’s injury and claims the wicketkeeper-batsman is travelling to Australia because he will be fit for the Test series. Ganguly also bashed the people, who are constantly questioning BCCI for lack of transparency on players’ injury.

“Who should know (about player injuries)? We know, the Indian physio knows, the NCA knows,” Ganguly said. “I think people don’t know how the BCCI works. The BCCI trainers, physio and Wriddhi himself know that he has two hamstring issues. People don’t understand injuries, that is why they talk rubbish,” Ganguly told The Week.

“Wriddhi is travelling to Australia because he will be fit for Tests. He is not part of the shorter formats. For the entire duration of the IPL, Indian physios and trainers were in Dubai. [India physio] Dr. Nitin Patel is managing injuries and monitoring it all,” he added.

Saha played an instrumental role with the bat for SRH in their qualification for playoffs as he slammed 214 runs with two half-centuries in four games at an average of 71.33.

The Bengal player got limited opportunities in the IPL, getting just four games for SRH, although he scored 214 runs with two half-centuries in those games. He averaged 71.33. 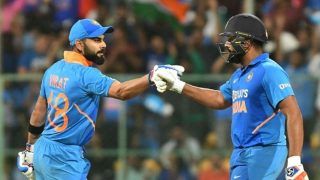 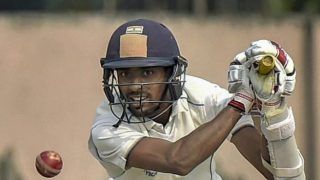