India vs Australia, 2nd Test: Mark Waugh feels India skipper Virat Kohli is suffering from a "brain fade" and said his "thinking negatively" is rubbing off to his teammates.

Bangalore: Former Australian batsman and current national selector Mark Waugh feels India skipper Virat Kohli is suffering from a “brain fade” and said his “thinking negatively” is rubbing off to his teammates. Kohli was dismissed for the second time in a row while shouldering arms with off-spinner Nathan Lyon trapping him infront of wicket. “That’s a brain fade,” Waugh told Fox Sports. “I know the ball before bounced and hit him on the thigh-pad and he’s a bit worried about those two men on the leg side, but that’s bread-and-butter for an Indian batsman, a class player. You just tuck that off the hip.” FULL CRICKET SCORECARD: India vs Australia, 2nd Test at Bengaluru

Waugh said Kohli was playing exactly in a manner which he shouldn’t play and it is affecting his team. “It was very un-Kohli like. He made a point of saying ‘we need to play with much more intent in this game’ but he’s been the prime example of not actually doing that,” he said. “He’s just thinking negatively because there’s men around the bat. He’s thinking if it bounces he might get an inside edge. As a batsman, you can’t think like that. He can hit that ball in his sleep for runs. He’s obviously thinking is a little bit negatively and that’s rubbed off on a few of his teammates.”

Waugh believes India’s batsmen are being too defensive against Lyon and Steve O’Keefe. “In between those dismissals you don’t see the balls where one is sort of skidding and another is sort of standing up off the pitch. So there’s a bit of mental disintegration in between those balls,” Waugh said. “This pitch to me, it’s not as bad as Pune but it’s got that natural inconsistent pace and bounce in it you see some balls turning, some keeping low. I don’t think it’s a great batting wicket, it’s disconcerting for the batsmen,” he added. 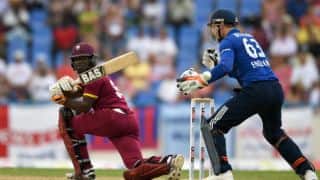 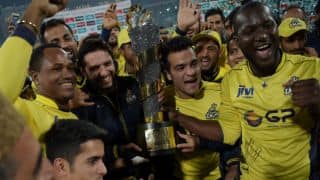